· Cannot be combined with any other discount

· Print this coupon to redeem voucher

· We reserve the right to cancel promotions at any time

How to Burglar Proof French Doors

French doors are a beauty, but are the common French door locks sufficient for high security? Although there are single panel ones, most of them come in pairs and are made of wood and glass. They are fantastic for patios and balconies in terms of aesthetics but one of the most high risk entry home points. Glass is their major advantage but also their weak point as far as security is concerned. Someone could easily break the glass and enter into the house. Although there are solutions for this problem, still security is not exactly enhanced.

Glass can be replaced with high level security glass, which can resist impact. There are many choices on the market and you should find a solution mostly among glasses for hurricane-prone areas. Yet, this is only the first step for reinforcing French doors. Still, intruders could kick down the door especially if it's made of wood, which can be less resistant than steel. One way to reinforce a bit more French doors security is to purchase steel instead of wood frames. Though, the best way to ensure security is lock replacement.

Which French door locks are best

Most French doors usually have a single door lockset at the center although they could be reinforced with extra locks at the top and bottom parts of the doors. The best way to avoid kick ins is to have a system of multiple points of locking contact. Deadbolt installation at the center of the door is essential but you must have the right bolt system. Instead of having two sliding locks at the upper and lower parts of the door, acquire bolts which lock in five different points. When you turn the latch on the inside not only the bolts insert in the strike plate at the center but there are also four more bolts at the two lower and upper parts of the two door panels.

On the main door panel there would be one bolt at the upper part of the door which is inserted at a strike plate at the second door panel and moves with a downward direction. At the bottom of the door, there is another bolt which secures at the other panel with an upward direction. This way, the two bolts will capture the door and be almost impossible to be opened. Additionally, five point locking systems have a rod placed on the second door panel. When the door is secured, the rod at the up side of the door will be inserted in the header of the door and the second one at the bottom part of the door will be inserted in the threshold. Shifting to a similar solution is excellent for security purposes. So, start thinking about French door lock change!

Our services location
Our Monthly Coupon 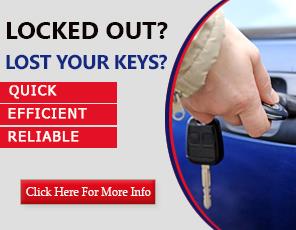